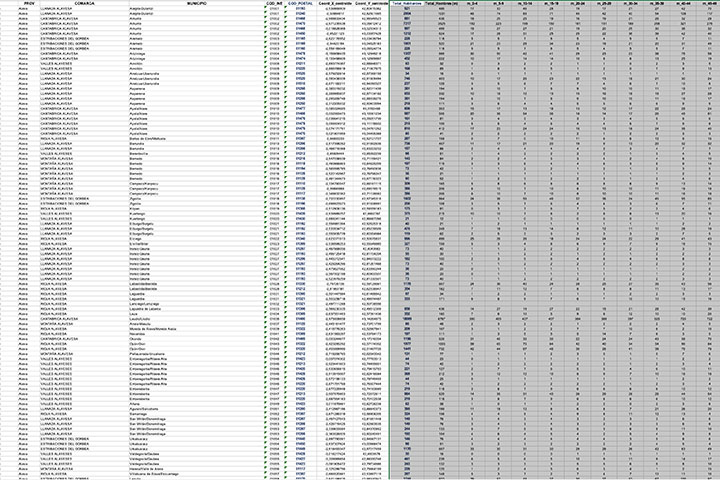 -HISTORICAL POPULATION BY POSTCODE IN SPAIN.
These are several digital files, in Excel format, with population data by postcode from 2012 to 2022, every two years. 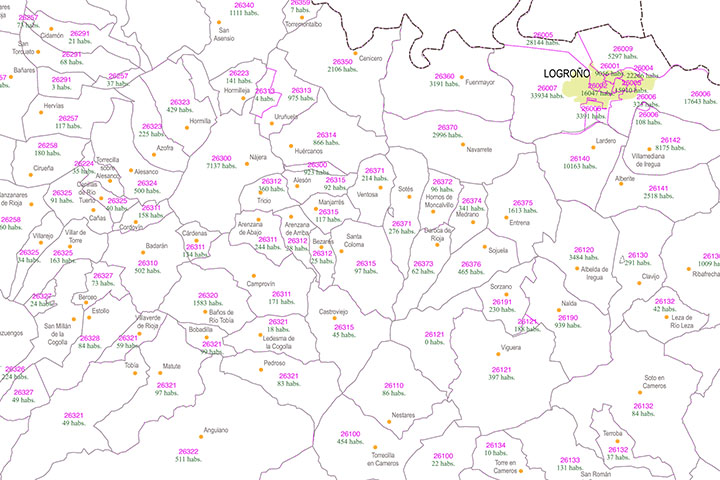 Digital map of the province of Burgos and the autonomous community of La Rioja showing the municipalities, postcode boundaries and the number of inhabitants of each postcode.

Number of dwellings by postcode in Spain

Number of dwellings by postcode 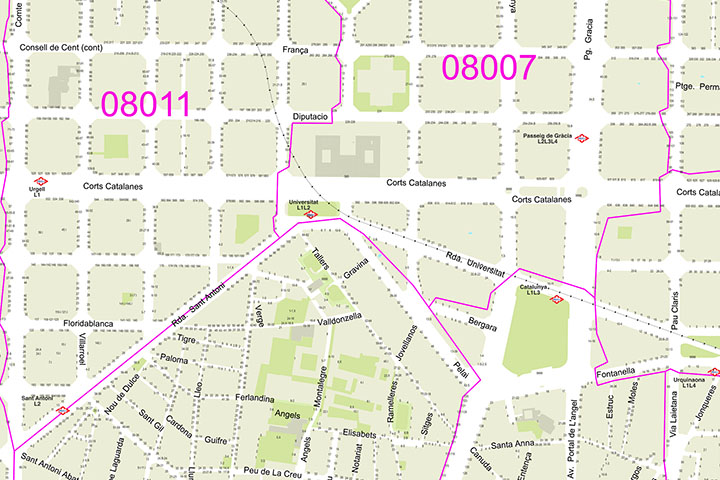 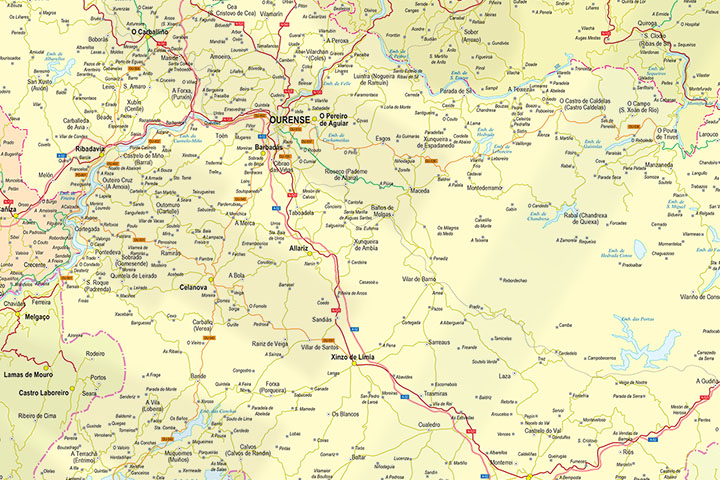 Map of Galicia and North Portugal 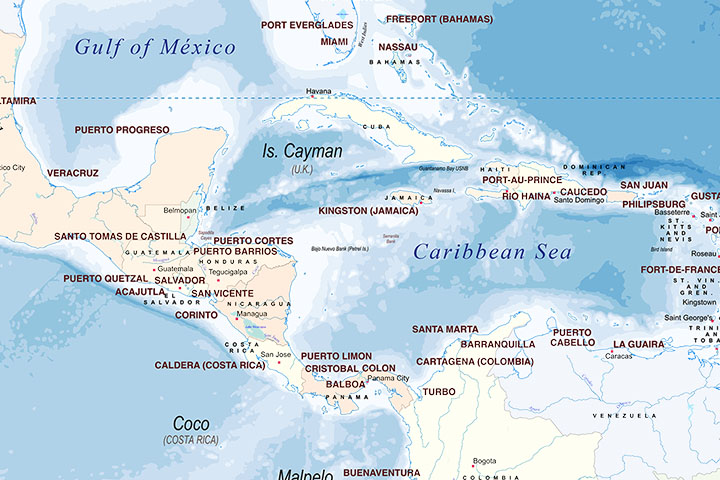 Excel file with the inhabitants by 4-digit postcode of Portugal.
(...) Read more »
Excel 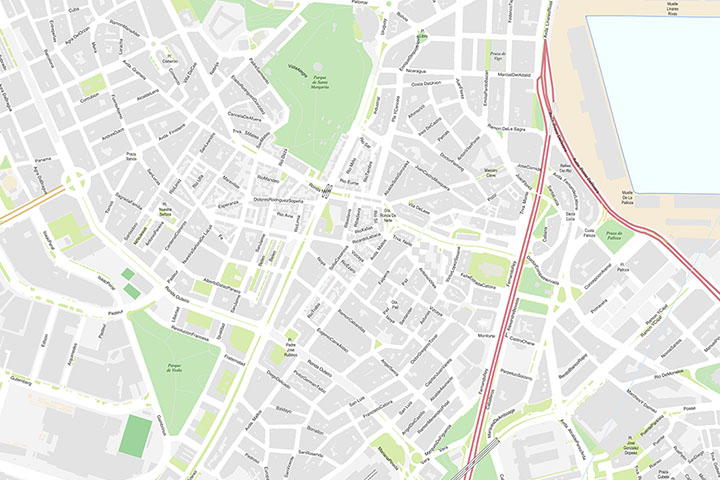 Digital street map of A Coruña (Capital of the Province of A Coruña) with the delineation of the urban area, municipal limits and names of streets, squares and singular buildings. 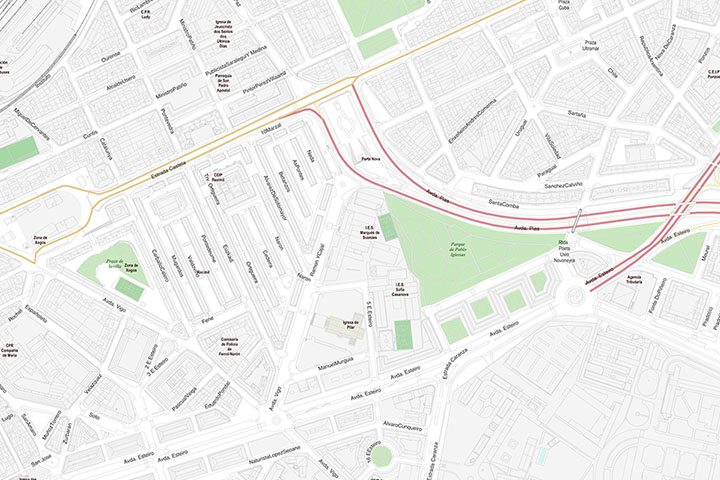 Digital street map of Ferrol (Province of A Coruña) with the delineation of the urban area, municipal boundaries and names of streets, squares and singular buildings. 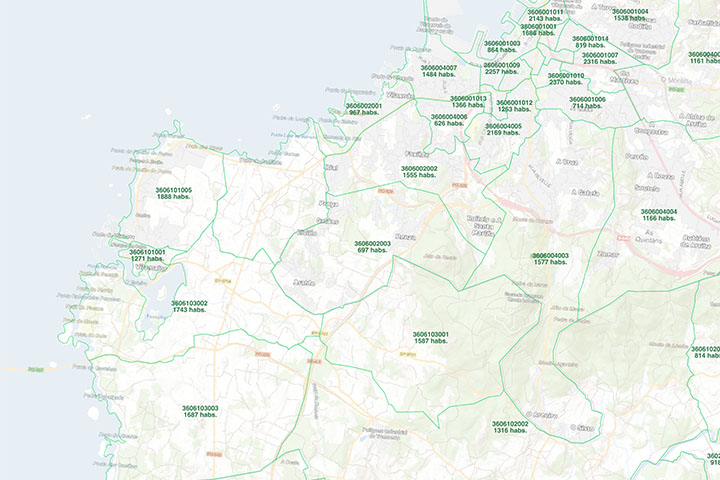 Population by census area of Galicia 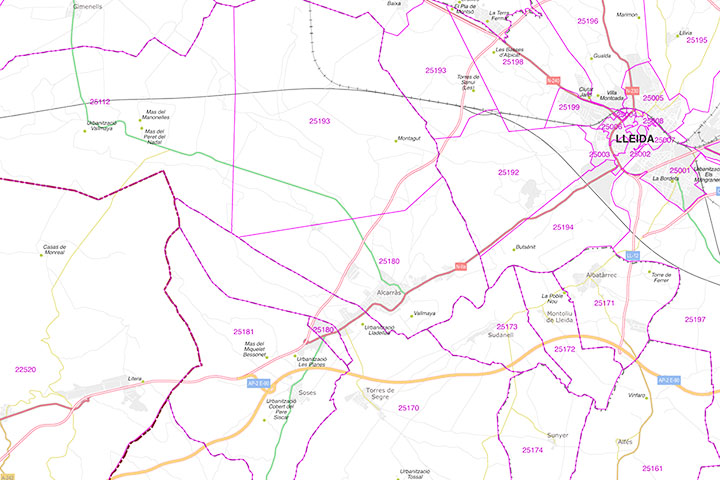 Map of postcodes within a 50 km radius of the centre of Lleida.
The map shows the municipal boundaries, their capitals and the areas of all the postcodes.
(...) Read more »
Adobe Illustrator, Acrobat PDF 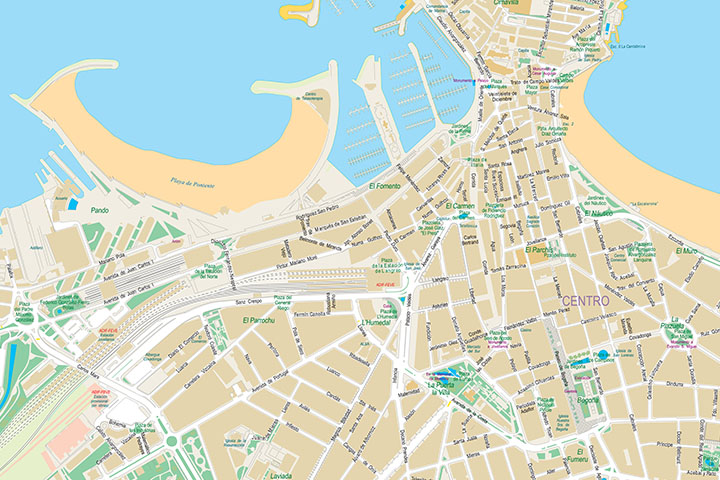 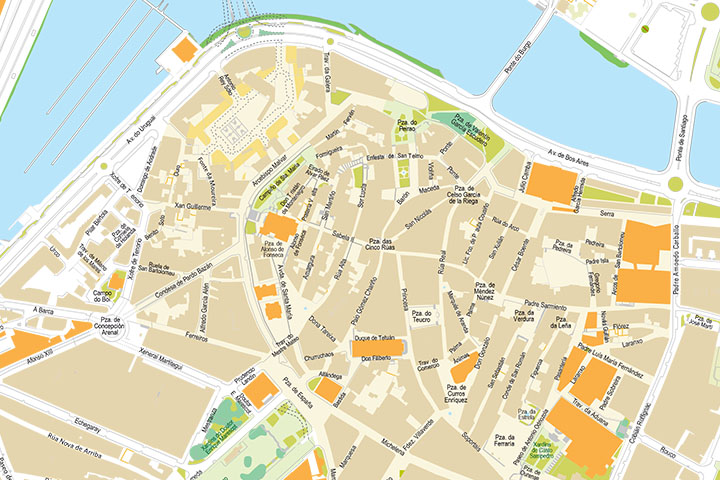 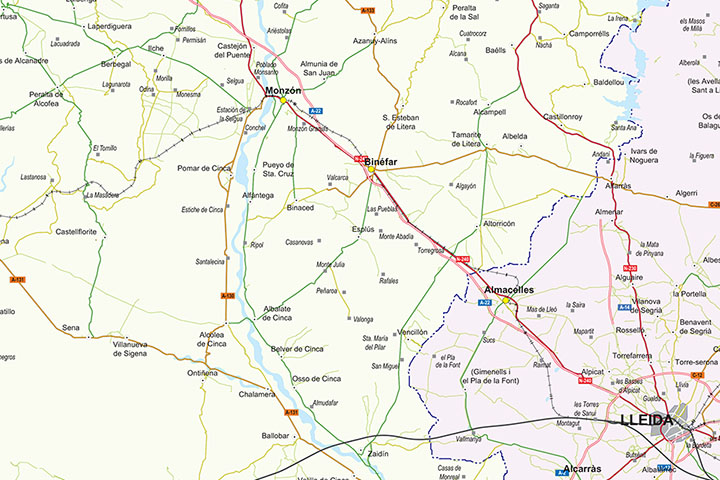 Map of Huesca and Lleida

Digital map of the provinces of Huesca and Lleida at a scale of 1:300.000, with the autonomous and provincial limits, municipalities, cities and towns, road and railway network, motorways, dual carriageways, national and autonomous roads of first and second order, local roads, AVE and conventional train, rivers and main lakes.
Files are downloaded in vector format, organised in separate layers, 100% editable.
See less «
Adobe Illustrator, Acrobat PDF 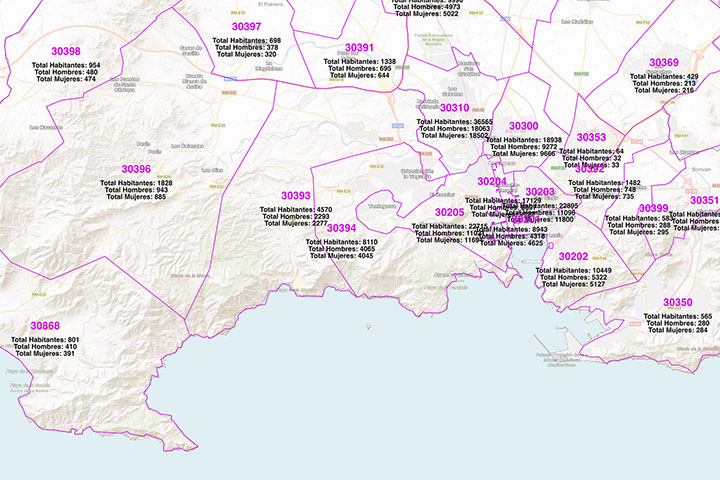 Historical population data by postal code of the municipality of Cartagena (Region of Murcia) and the Community of Madrid. 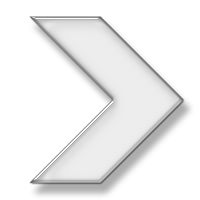